Execution of the actions necessary for the works on line 1 of the Granada Light Railway. Section I. (Subsection I) Maracena-Villarejo.

The works consisted in the construction of a double-track track bed of the Light Railway type, with a 3,200-metre main branch line, including 5 side platform stations, and 407 metres of technical branch line. The track bed was built mainly on the surface, except for a section of structures, with two underpasses, under the A-44 (Cut and Cover) and under the Moreda-Granada railway line and an underpass under the A-44 on the technical branch.

The track bed superstructure is made up of a concrete slab and the rails were laid following the embedded rail system, for which it is necessary to carry out: levelling and consolidation under the track slab, the network of conduits for energy and communications facilities, the restoration of all the services affected, the foundations of the catenary posts and two buildings for substations.

On the surface, the track bed runs through the centre of several streets in the municipality of Granada, which were rebuilt with roads and pavements up to the façades. This civil work included: cladding of pavements, pavement kerbs and kerb separators between roads and platform, cladding of platform and clearance marker edges, cycle lanes, road surfacing, street lighting, traffic lights, signposting and planting. 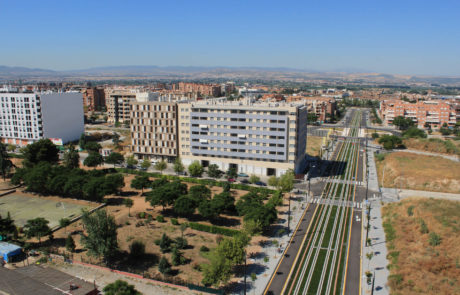 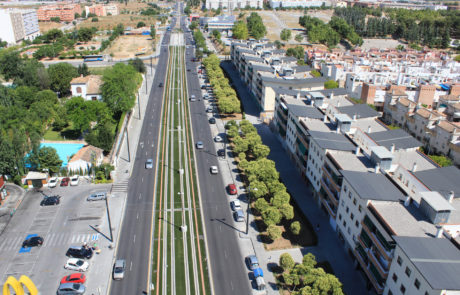 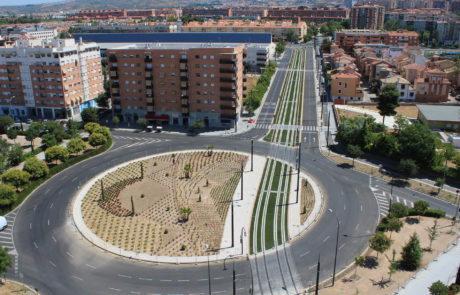 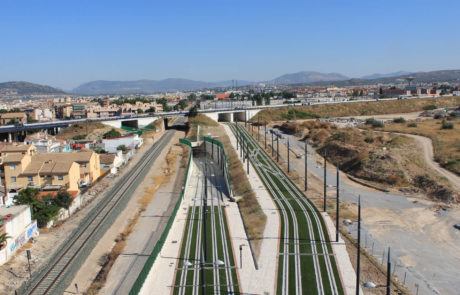 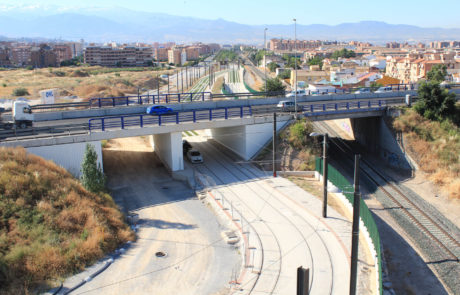 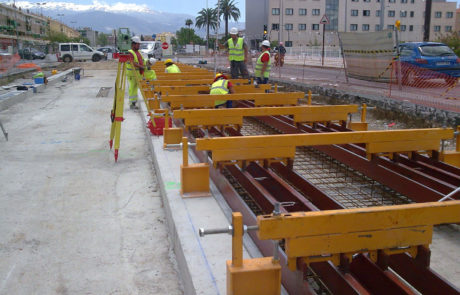 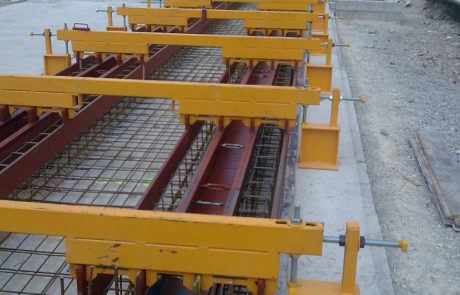 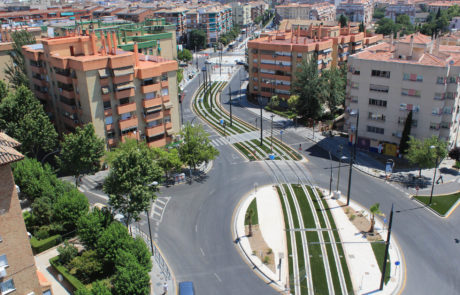